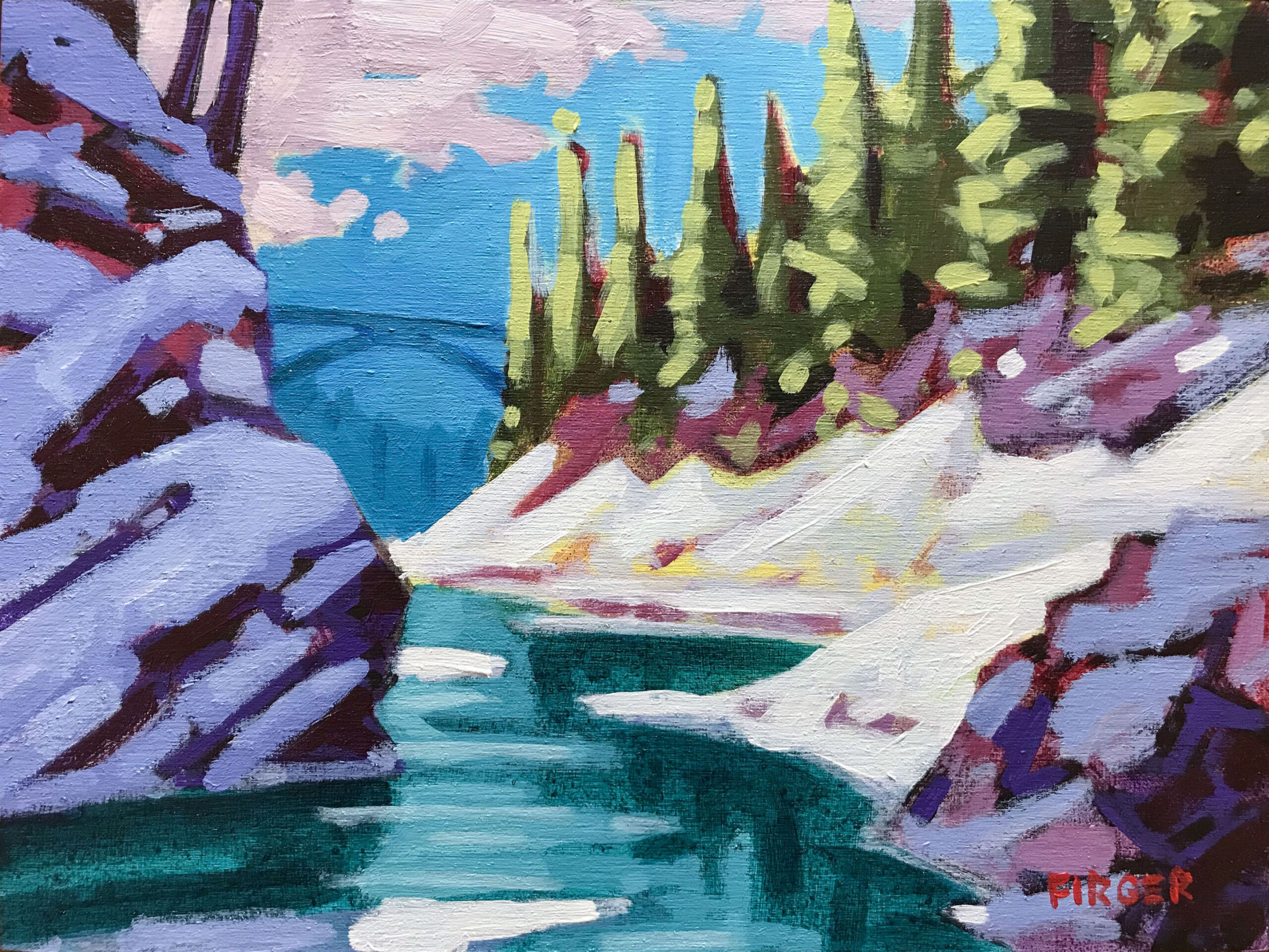 The 2018 Winter Olympics in PyeongChang, South Korea are in full swing! In honor of this year’s Olympic Winter Games, today we will be looking at some historical pieces of art that depict winter sports, as well as some winter scenes that you can now see on view in our small works exhibition, “Journeys.”

Did you know that LeRoy Neiman was the official painter for five Olympiads? He is best known for his strikingly vibrant, expressionist depictions of sporting events, such as the above image of the Montreal Olympics in 1976. Neiman even demonstrated his iconic stop-motion painting process on television during the Olympic Games from 1976 – 1984. The above image exhibits his ability to balance immense energy and control in his depiction of high-adrenaline sporting events.

A group of bobsledders are plunging down an icy track in this 1940s print. Unlike today’s enclosed steel bobsleds, the sled in this image from the 1940s features an open frame made of wood. Yet the athletes show the same level of concentration and commitment to their race!

Currently on view in our small works exhibition is Dianne Panarelli Miller’s painting of an operating ski lift. Unlike the Olympics, this image depicts leisurely skiers, who are skiing down a near-empty mountain slope.

Artist member Chris Firger paints a beautiful landscape of Quechee Gorge in Vermont, which is now on view in “Journeys.” This artistic representation of the mountains makes it seem like the perfect location for some adventurous winter sports!

This 1908 image looks like the start of a speed skating race! Differing from the polished indoor skating rinks of today, this race takes place on a frozen lake with a magnificent backdrop of mountains and pine trees.

Another piece in our small works exhibition, Chilly Scene of Winter, shows an abstracted image of snow-covered pine trees. The intensely painted patches of snow on the tree branches look like the powdery snow that is sprayed by skiers and snowboarders speeding down the slopes!

More of wintery scenes can be seen on view in our small works exhibition, “Journeys,” which is showing in the Lower Gallery through April 12th.