I've always been drawn to detail and it's been the realist painters who have been the source of my inspiration, from the Dutch Masters to contemporary realist painters such as Stone Roberts, Scott Pryor, Scott Fraser, and Gregory Gillespie. Though I prefer not to label myself a Still Life painter, still lives figure predominantly in my work.

I work from a studio in my house selecting objects of personal interest. I try to create a narrative from the chosen objects that will elevate and give new meaning to their ordinariness. Symbolism plays strongly in my work. My paintings are the result of combining photographic references, direct observation, and imagination. I strive to create a sense of mystery or humor from seemingly disparate objects. Inanimate objects sometimes take on an anthropomorphic quality. Often there’s an implicit smirk or wink I'm trying to convey to my audience.

I was raised in the Adirondacks of Upstate New York where my family helped nurture a keen appreciation for nature. As a child, drawing seemed as natural and necessary as breathing. Hopefully I will continue to do both for a long time to come.

I studied under Robert Sullins and received my B.A. in studio art from S.U.N.Y. at Oswego. I’m a member of Gallery Antonia in Chatham, MA, Gold Gallery in Boston’s historic South End, and have been part of ‘Almost Miniatures Show’ at Francesca Anderson Fine Art Gallery, and Gallery Blink, both in Lexington, MA. I have been a member of The Copley Society of Art since the fall of 2004 and received my Copley Artist designation in May 2006. I was also juried into The International Guild of Realism (2008), and the Oil Painters of America (2008); I’m a member of The Newton Art Association, The United South End Artists, and the Jamaica Plain Artist's Association. 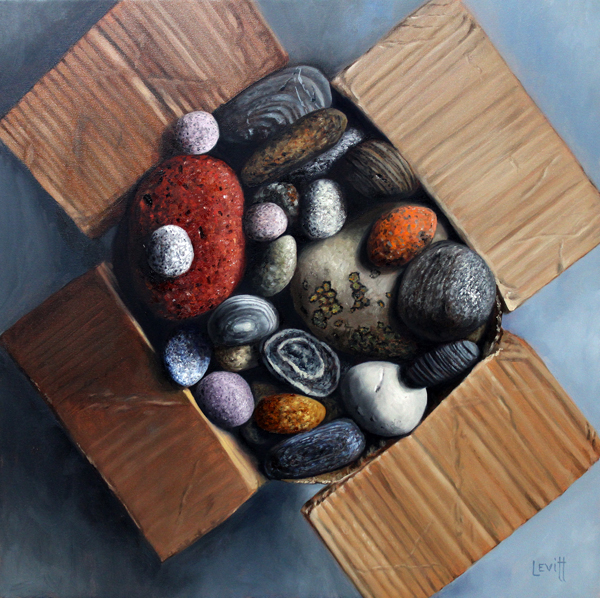