Dan Simoneau was born and raised in Lewiston, Maine, United States, where he began formal art classes at 11. In 1980, Dan began studies at the University of Southern Maine. Dan graduated in 1984 with high honors and a Bachelor of Fine Arts Degree. His majors were painting, pottery and printmaking; his minor, art history.

Dan has continued exhibiting his paintings and photographs nationally and internationally, winning many awards. His paintings and photographs have also been published in many national and international publications. He is currently a signature member of the National Watercolor Society, the National Oil an Acrylic Painters’ Society and the International Society of Acrylic Painters. He is also a candidate for signature membership in the American Watercolor Society. He has also been recognized for his achievements by being listed in Marquis Who’s Who in American Art since 2005.

Dan’s current works deals with the play of light on the male figure, whether portraiture or full figurative work. The male figure’s muscular definition and tone create a sculptural form that presents light and shadow in a wonderful way. Also, the male figure and portraiture is a constant challenge. No person looks like any other person. The multitude of expressions and body positions provides an infinite source of subject matter and inspiration. His newer figurative work also explores the capture of the model’s personality and soul in the work. Many of the newer works appear spiritual or introspective in nature, as though each model is attempting to understand his place in this world. Finally, another ongoing series of works Dan has been painting for over 30 years is the working fishing boats in his home state, Maine.

While Dan’s painted work may appear photographic, He doesn’t consider himself a photorealist or a super-realist because, upon closer inspection, you will see a suggestion of detail as opposed to a literal rendering of detail. Learn more about Dan and see more of his artwork at www.dsimoneau.com and www.point-of-view-imagery.com. 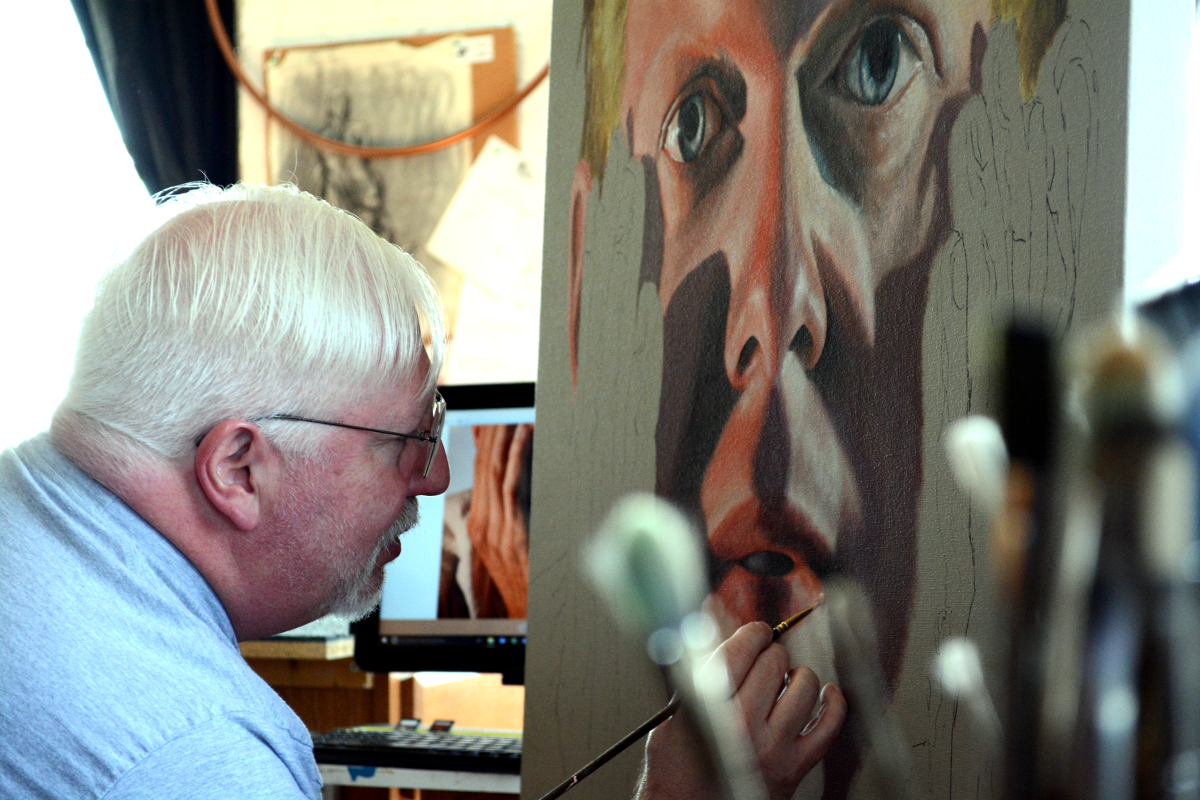